Some friends from the group I joined, Council of Canadians, invited me to join them at Harris Park for the Canada Day festivities. It was a cloudy and gloomy day but by about 5pm the sun started to peek out and we had NO rain for a change! We are so water-logged around here!

While looking for my friends who did I see? My brother, Gord, on his way to watch a ballgame at Labatt's Park.  I could here cheering from the ball diamond quite frequently so assumed London won the game. (They did!) 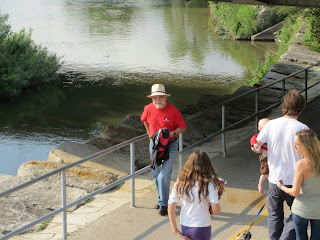 This youngster was having a blast playing under the bridge but was making me a wee bit nervous about his safety! I'm sure he came away unscathed. 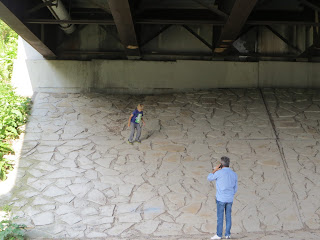 The river that flows through London is called the Thames of course! It's pretty shallow most of the time but all the rain we've had has created perfect conditions for these kayakers. 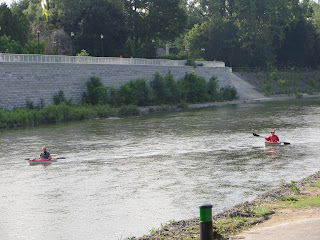 People really dress up around here for Canada Day. This must be some sort of First Nations garb. He never came over to me but he had something in a bag that he was sharing with people...not sure what it was. 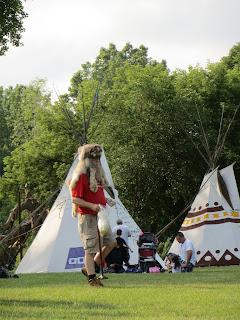 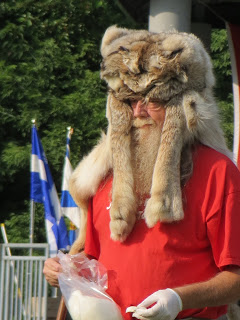 The lights over at Labatt Park where the baseball game was going on. There is a huge osprey nest on top of the lights on the left. We watched as the parents brought the babies food - we could see "supper" dangling from the osprey's talons. We had to wait for the ballgame to be over and the lights turned off before the fireworks could start. 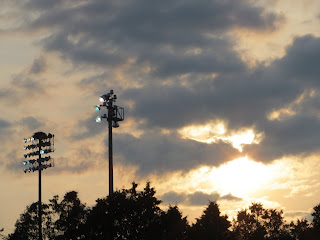 Hard to tell from this angle but this fellow was dressed as a Star Wars storm trooper! 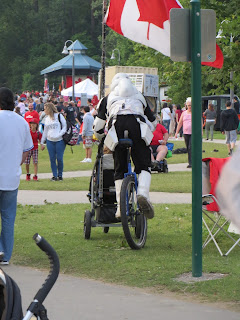 There was live music from 5pm til close to 10pm. in the bandshell which I thoroughly enjoyed. 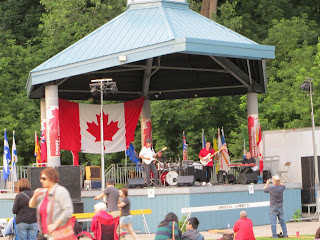 You can't really tell from this picture but these fellows' hats had flashing lights on them... 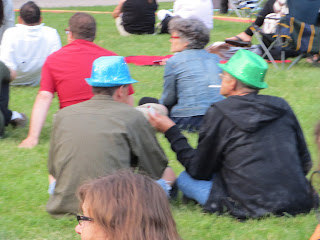 One of my all-time favourite singers - Cheryl Lescom. She sounds a bit like Janis Joplin and Melissa Etheridge - throaty, deep and man can she sing the blues! 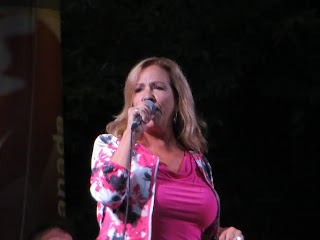 Finally it was time for the fireworks - the Canada flag was first: 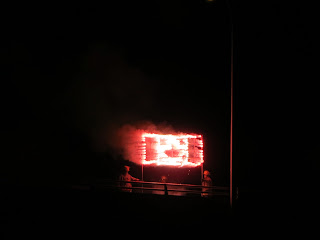 It was hard to take photos of the fireworks so I gave up and just enjoyed them without a camera in between me and the great show. It was very impressive and worth the long wait. 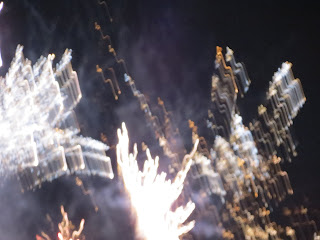 It alway's mayhem on the streets after Canada Day is over - thousands of people walking all over the place and cars trying to navigate their way through the crowds without killing anybody! I parked quite a few blocks away hoping the avoid the traffic jams. The strategy worked and I was home by 11pm which for some strange reason seems really late!! I'm usually in bed by 10!! It's an exciting life I lead :) 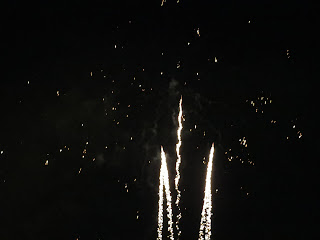