There are days when I don't even want to read the newspaper. Thankfully I don't have cable TV so I miss most of the noise from CNN and other news networks. However, I do see/read/skip over a lot of news/magazines online - I enjoy The Atlantic and The Guardian  the most. So I do keep up on current events and the local newspaper keeps me informed with what's going on in my city and surrounding area.

My morning follows a routine which involves on reading the paper and then going to read the headlines at The Guardian mostly to see if the nuclear red button has been pushed yet. That's my main worry about the state of the world these days. It takes me back to my childhood and scary times in 1962 - The Cuban Missile Crisis and the escalation of creating nuclear war heads by Russia and the U.S. I was only 6 years old in 1962 but I clearly remember the drills at school (like squatting under my desk was really going to save me!) and I remember being terrified of THE BOMB and the total annihilation that it represented.

It is not within my power to make any relevant changes in the current political landscape but like most of the world's population I wish I could do something to help. Recently I've had two opportunities to reach out to strangers - one I failed at and one that I hope was helpful.

Both times I was riding my bike. A couple of weeks ago I was riding down Cheapside St. and saw a woman staggering along the sidewalk. I did what I usually do - I kept going. Then I thought I should have checked in with her to make sure she was ok. I rode back but couldn't find her. I checked all around the shrubbery and side streets etc but no sign. My hope is that she lived nearby and had made it safely home. It was only a matter of two minutes before I turned around and she couldn't have disappeared into thin air. I still feel bad that my first reaction was to ignore rather than to respond with compassion.

The second incident happened yesterday while again riding my bike. (I see a lot more riding my bike than I do driving my car!) I saw a man laying down beside a street. In fact his legs extended into the street. I circled back and approached him cautiously. I asked him if he was ok several times before he started to come around. I asked him a bunch of questions - he said his name was Jesse and he lived in public housing across the street. He said he'd been to the bank and coming back he fell asleep. I tried to set judgment aside and when he said how grateful he was that I had checked on him I said we're all human beings. I had him stand up for a couple minutes to see how steady he was and then I watched as he walked over to his home.

At no moment did I feel unsafe. Obviously there will be situations that I would report to police rather than involve myself in and will follow my gut instinct. But I hope I will never again turn my head and look the other way. I have myself been on the receiving end of help from strangers more than once and it meant so much to me. 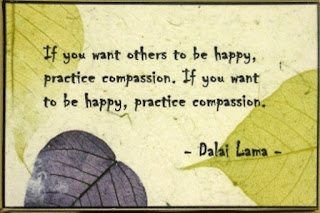 SUMMER!! or young at heart, old in body.

It's either one weather extreme or the other around here and it's a tough decision to choose which I prefer - snuggled up inside with a good book while an ice storm rages for several days or blistering heat and humidity making temps rise to +40c(104F) and staying in the central air conditioning inside with a good book! Hmmmmmmm....it's a toss up!

Yesterday I made a bicycle trip to Farm Boy to pick up a few things. After I made my purchases I paused in the seating area and had a cold drink to keep myself hydrated. Then back on the bike. I was fine for about 2/3rds of the ride home and then I started to feel weak....really weak...and my backpack felt like it weighed 100lbs.  I had to stop several times in shady spots to have a drink and thankfully found my legs again and made it home.  It was gruelling though and I flopped on the couch and drank several glasses of ice water before taking a cool shower.

My dilemma is thinking that I can still do the things I used to do 40 and 50 years ago. And I'm stubborn as a mule. Also, I've been waiting months and months for summer weather so I feel I shouldn't waste a minute of it by staying inside, doors and windows closed, with the A/C running steadily. But I have to be careful and not overdo it. Easy to say, harder to do. I very much resent the fact that my body doesn't perform to its previous levels. I don't think that's fair. I'm not ready to be OLD!

Today I have beach volleyball and it's going to be another scorcher. If it remains cloudy then we should be ok but if the sun comes out that's a game changer. I'm going to drive there instead of bike - that's my concession for today. So if I feel weak I can get in my car and put the A/C on high. I'll have a high protein lunch and take a couple of Gatorades with me. We'll see how it goes. The one good thing is everyone is around my age so we're all in the same boat. There is no shame in leaving early!

How do you beat the heat? Or does it bother you at all?
Written by Jane at 9:12:00 AM No comments: Links to this post

This present moment is all we have.

When I look back at my career as a teacher I regret not being more mindful and living in the moment with my students. What was I doing instead? Well...I was always thinking about what we were going to do next and was I prepared. Teaching students with special needs meant thinking of a contingency plan for every minute of the day in case something went wrong. Some students were non-verbal, some were violent and I had to be prepared for anything to happen. That meant spending a lot of time in my head thinking about the next moment, the next lesson, the next hour and so on.

Of course there were those perfect moments when everything was going smoothly, everyone, well almost everyone, was happy and I could relax and live in the moment. And those times when I just trusted myself and my instincts and flew by the seat of my pants were truly wonderful. 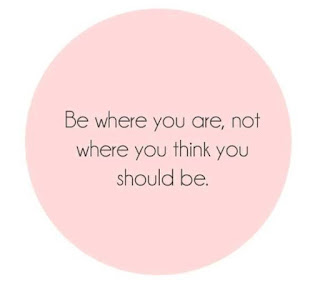 But life is life - I can't live in the past and I can't live in the future, unless time travel has been invented. The only place we can live is in the present moment. I'm trying - it takes a lot of practise and I'm learning a lot from my on-line course with Ekhart Tolle. 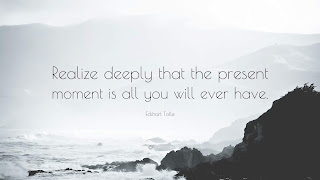 
If anyone knows any safe ways to deter the squirrels I would be grateful!

Now I do Have a Reason to Complain...

Serves me right! The moment I think I have nothing to complain about...well, you know what happens right?! 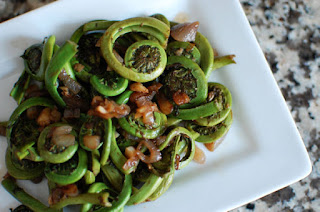 I bought a package of fresh fiddleheads from Farm Boy on Monday - I just couldn't resist. My dad was a great wild food forager and he usually brought some fiddleheads home from his spring rambles. I loved them!

I steamed them until they were tender but apparently not long enough to kill the toxins that some fiddleheads contain. My bad. Those toxins can cause food poisoning unfortunately. Or it could have been caused by poor storage as stated below.

"Fiddleheads are the curled, edible shoots of the ostrich fern and are considered a seasonal delicacy in many parts of Canada. ... Fiddleheads can cause food poisoning if they have not been stored, prepared or cooked properly."  Canada.ca/health

I doubt I'll forget about the ill effects of two large helpings of fiddleheads next spring. Though remind me will you?! I ate a lot of them because my daughter sniffed at them and said "no thanks"! Smarty pants!

Anyhoo, I had the cramps, nausea, headache and other less pleasant symptoms last night. Today I still have a bit of cramping but am feeling 95%  better.

Lesson learned: cook fiddleheads til they turn to mush & keep my smug complaint-free thoughts to myself!!

Have you eaten fiddleheads? I still think they are delicious :)

It's a cool wet day today but I'm not complaining about that - I'm happy that I don't have to water the flowers today and the Weather Network says the sun is going to come out a bit later and it will warm up to about 20c. I can handle that after a week of +30c. No complaints here!

Beach volleyball is still on but we won't have to wear socks today to protect our feet from the boiling hot sand - so no complaints there!

Lily got her jaw around an entire chipmunk on Saturday!!! But when she dropped it the chipmunk ran under the fence to freedom - so no complaining about that! Thank goodness! (Do chipmunks play dead when caught by a predator?)
I rode my bike to the annual Gathering on the Green where my brother sets up a booth to sell his unique birdhouses. Humidity was high even though the day was cooler than usual and I was a puddle of sweat by the time I arrived. But I'm not complaining as I met up with friends, explored what was for sale, bought a gift for my sister-in-law's upcoming 70th birthday! Also went and had a nice lunch on a nearby patio with my friend Jules who purchased the creature below :)

"Hey Cynthia Rose - get your slimy lips offa my beer!!"

Ran into a former work colleague who retired two years after I did. I asked him how it felt to be retired and he said it feels like his natural state of being. I understand what he means - it feels the way life should feel - waking up when the body is ready to wake up, eating when hungry and not because the clock says a certain time, exploring new interests, developing old ones more fully...retirement is fantastic!! Really...I can't complain!

Had a nice jog and then walked on the trails at Kilally Meadows yesterday. Ran into a friend who is a weather radar-watching freak and he told me a thunderstorm was going to hit at 2pm. But I'm not complaining - I timed my walk and made it back to my car just is time. He was dead on with his prediction! At precisely 2pm the heavens opened...though I don't think I heard any thunder or saw any lightning - SO NOT COMPLAINING!

So...I guess what it all boils down to is this: I'm complaining about the fact that I have nothing to complain about!