The school year continues to whiz by at a frantic rate of speed. My friend Christy is already on March break as they start theirs today instead of Friday, lucky duck! She's already cracked open a bottle of wine to celebrate :) It's funny in that so many teachers have mentioned looking forward to putting their collective feet up and sipping a glass of vino - in fact one friend said to me on Tuesday that she had already opened one up the previous night! She was sort of embarrassed because she said that she and her husband usually make it til Friday before uncorking one and there they were on a Monday night - stressed out and impatient - getting into it!  I can now LAUGH in her face because Michael and I made it all the way til TUESDAY BWAHAHAHA!! 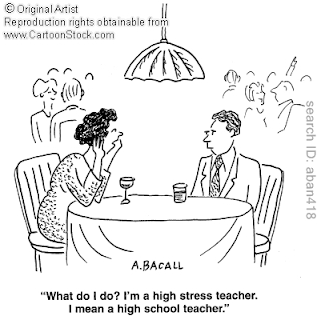 Yes, I  can admit to being tired out but I'm hopeful that this year I won't be sick over March break like I usually am. That's the incredible thing about stress and colds - they seem to go hand-in-hand HOWEVER I can almost always WILL the germs to wait until I'm on holidays before they strike me down. I don't like missing days of school because my class isn't the easiest one to leave to a supply teacher. So I am somehow able to wait until the time is "right" before I surrender to some dastardly disease.  Since I just had a cold though I'm keeping my fingers crossed that I'll be able to get to my chore list everyday instead of  lounging on the couch with a box of kleenex.....though the lounging part does sound tempting! 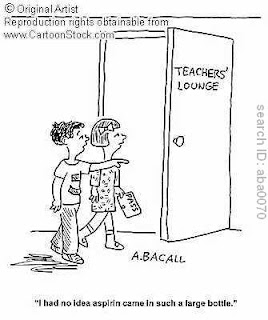 Unfortunately the stress of labour unrest is also affecting most teachers in Canada this year as our contracts expire and our unions begin to battle with the government and school boards over new contracts. It ain't gonna be pretty! I'm very OK with a zero percent raise and even with a two year contract instead of four but there are other issues that will need much negotiation. But I try not to think about that stuff as I'm not much into unions and politics (though I admit to closely following the race for top Republican!!) - it's just so crazy interesting!

Well, I'm going to toddle off to the kitchen now and see what I can whip up for supper....oh yeah....there's LEFTOVERS, my FAVOURITE!! Have a great night y'all!
Written by Jane at 6:21:00 PM