I interrupt this program with an important public announcement. I don't think I've ever endorsed a product on my blog before but there's a first time for everything I guess. What does the following image evoke for you? 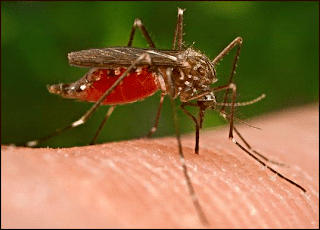 If you picked "all of the above" then you'll be interested in the following product! 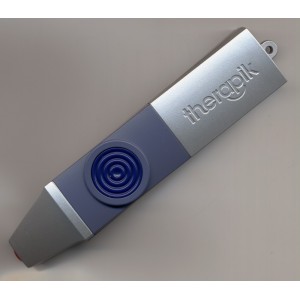 I don't usually purchase gimmicky looking products like this but it was economically priced so I thought I'd give it a try - yes, there IS one born every minute or so I thought! I mean, who would really believe that by holding this device against a swollen red bump of a bug bite and holding down the magic button for 30 seconds you could get rid of the itch!?! Not me, that's for sure.

Well, I am now a reformed cynic! This funny little gadget really works!!!!!! (no number of exclamation marks can truly relate how excited I am by this product!!!!!!!)

I know that coming to live on the east coast means living with bugs...I get that. But gol'darn it I'm gonna give them a fight for their money (that makes absolutely no sense whatsoever!)

On my drive out to PEI a few days ago I was listening to a CBC program (thank GOD for CBC on cross country drives - putting in a little plug for them - the one radio station you can count on when you're travelling on the most god forsaken roads in this vast country) (there is a point in here somewhere!) and they were interviewing some folks who were at a bluegrass festival in Nova Scotia. They were talking about how they all pitched their tents together providing a common area for them to share food/drinks etc and then they started talking about how bad the mosquitoes were this year but they weren't going to let the bugs get them down, in fact, they said "WE LAUGH IN THE FACE OF MOSQUITOES!!! Fie on them, I say fie!!

Now I too LAUGH IN THE FACE OF MOSQUITOES!! I've tested the Therapik on at least 10 bites since I've arrived and after zapping them with some intense heat from my new best friend there IS NO MORE ITCH!!!

I've written before about how I am a "bug buffet" for mosquitoes and other biting bugs. Something to do with my luscious tasting blood I guess. Who knew? So to find something that actually "kills the itch dead" is like finding $1,000,000 in the ditch in front of my house so I could retire early and live happily ever after! Actually, even BETTER!! than that!!

So my friends, if you too live in mosquito infested areas like me invest in a Therapik and a 9volt battery - it'll be the best $15 investment you ever made. No more scratching, no more sleepless nights, no more running back into the house at the first hint of a familiar whine in your ear.

I saw a mosquito in my car today while I was driving to Summerside and do you know what I did??
YES! I LAUGHED IN ITS FACE!!!
Written by Jane at 9:31:00 PM